November 21, 2018
How a plan was formed before NITI Aayog (which replaced Planning Commission)?
First step was to prepare an approach paper. After it is ready it used to go to National Development Council. After it is approved by NDC, Planning commission used to make Draft Plan. 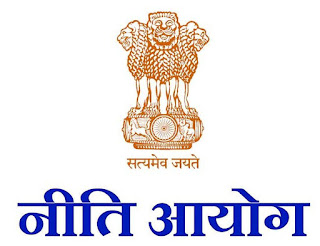 The plan was placed in the parliament and when parliament passed it, the plan used to become effective.

How a plan is formed now
Abandoning the ancient concept of five-year plans that India has been following since 1951, the National Institution for Transforming India (NITI) Aayog has decided to come up with a 15-year vision document in tandem with global trends and economic growth.
The long-term vision document will formulate various ways through which India can achieve its broader social objectives to meet the UNDP’s 2030 sustainable goals and will be a roadmap on transformation required in the planning system to sync it with the 14th Finance Commission recommendations.
NITI AAYOG- National Institution for Transforming India
The National Institution for Transforming India is a policy body serving as ‘think tank’ tasked with a role of formulating policies and directions for the government. It replaced Planning Commission which had been preparing five year plans for India for last 60 years. 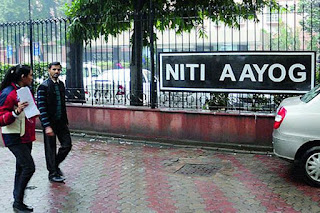 According to the resolution of the cabinet to set up NITI Ayog, the body is responsible to recommend a national agenda including strategic and technical advice on elements of policy and economic matters. It also develops mechanisms for village level plans and aggregates these
Progressively at higher levels of government.

Planning Commission was not doing well because:
Generally members of Planning Commission were defeated politicians and rarely had interest in academic knowledge or finding out why things are not working well.
Most of officers posted in Planning Commission were due to its becoming a dumping ground for unwanted officers.
Functions of NITI Aayog and dimension of state economy
1Cooperative and Competitive Federalism:
2 Shared National Agenda
3 State’s Best Friend at the Centre
4 Decentralized Planning
5 Vision and Scenario Planning
6 Domain Strategies
7 Sounding Board
8 Network of Expertise
9 Knowledge and Innovation Hub
10Conflict Resolution
11 Internal Consultancy
12Monitoring and Evaluation
Three  years of NITI Ayog
NITI Ayog is still in infancy and trying to find out its role and how things should be done. The role of think tank is not an easy one. The members have to be aware of all the constraints, be in touch with professional organisations and give suggestions to state governments and central government. This role has still not been performed by NITI Ayog and thus they need some more time to carve out their responsibilities.
‘Think tank’ has to be slightly distant from government. It has been however observed that members, vice-chairman of NITI Ayog have been defending government on all issues. That is the role of ministry of information, visual publicity or PMO. If this role is being performed by a ‘Think tank’ then there is a conflict between justifying government and giving advice to government on right kind of issues. Thus, it is not apt by NITI Ayog to justify the government on all issues, especially controversial issues.
Though it is true that it may not have accomplished the full work for which the transformation of NITI Ayog was done. But it is moving towards the same as its full term is not yet over
Analytical role
Job creation is a major concern. Unemployment leads to faltering of economy as well. The government had promised 100 million jobs by 2019. It is very well established that during 2004-14, it was a period of jobless growth. Hardly any jobs were created in that period.
In last two years, the government has given lot of importance to it. But what has happened in last two years should be studied by NITI Ayog. Until two years, NITI Ayog has not fared expectedly in this process. The industry expects from NITI Ayog to create avenues of jobs through its findings and analysis. For example, the MSME sector can create jobs but how and how much is not categorically known.
Unfortunately, World Bank came out with a study recently showing that progress is dismal. Programmes like Ajeevika have not rendered any new jobs and hence a failed programme.
Government very rightly asked NITI Ayog to monitor sustainable development goals. For one year and half, they have not produced a sigle report as to why MDGs were not achieved by India in respect to gender, health, hunger, education, sanitation. They should analyse it and make a report else all these flaws will remain and sustainable development goals will also not be achieved.

Popular posts from this blog 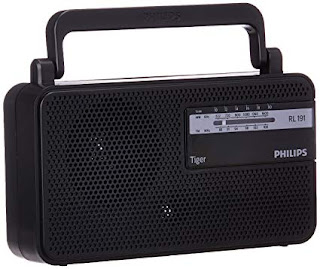 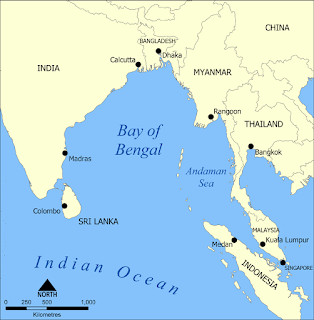 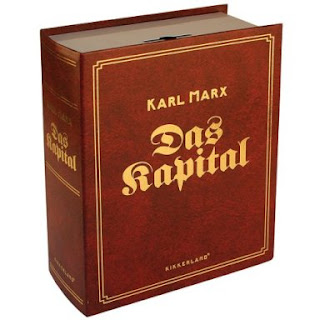